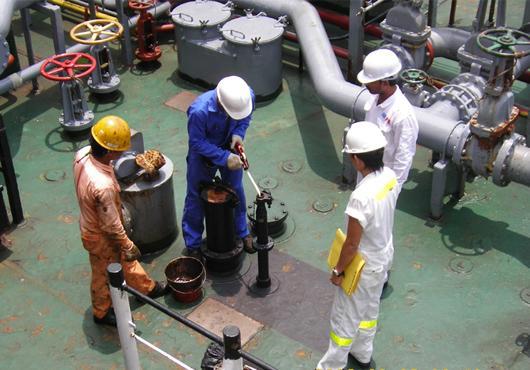 A bunker survey establishes the amount of bunker and lube oil onboard the vessel. These surveys are an important loss-prevention measure since documentation of bunker operations is required in the event of a dispute or claim.

Improper collection and distribution of bunker samples may risk the settlement of a subsequent claim in the event of a dispute. Our TEAM of third party marine inspectors have extensive experience conducting bunker surveys prior to and after time charter periods.

We're provide you with documented independent proof of the actual condition of the vessel you are buying, chartering or using. Our report can be used to substantiate claims that may arise as a result of damage to the vessel or cargo.